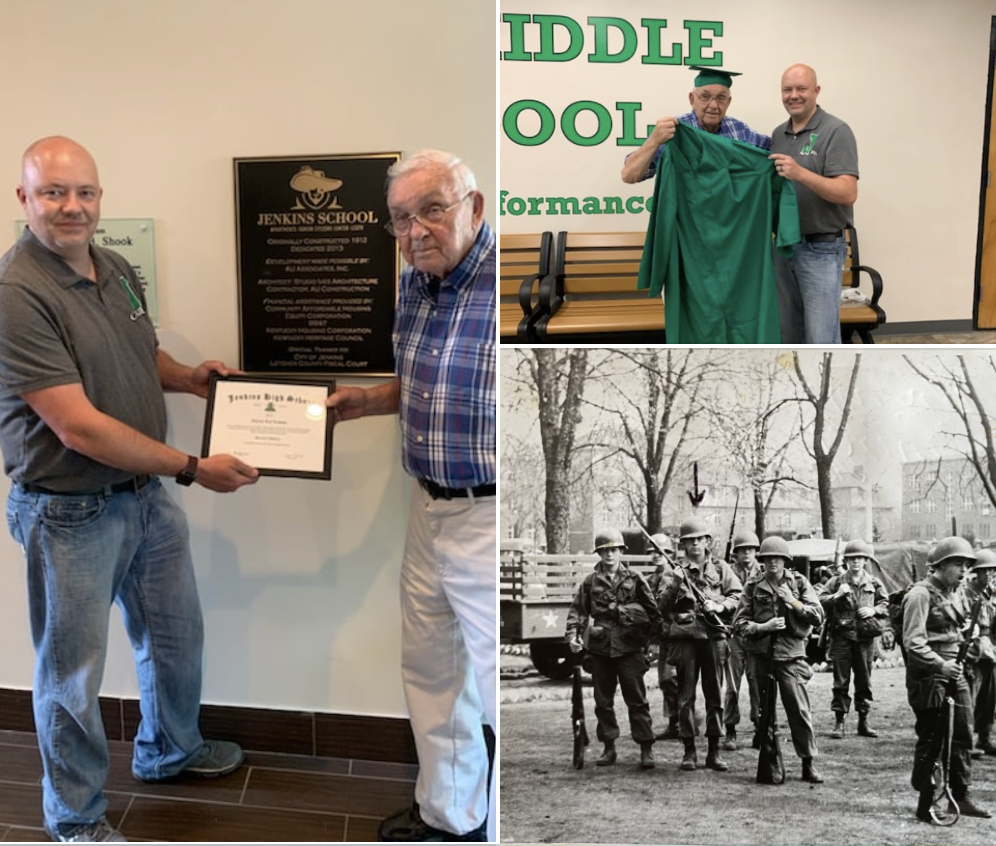 On Wednesday, June 30th, Superintendent Damian Johnson was visited by former Jenkins student Johnny Ray Lawson and his daughter Rhonda Lawson Ervin. Mr. Lawson left school in the '40s to join the military, where he served in both the Army and Air Force. The picture below shows Mr. Lawson and other troops traveling to Spandau Prison in Berlin, Germany in December of 1948. Superintendent Johnson arranged a tour of the old Jenkins High School where Mr. Lawson attended. In May, Mr. Johnson had the privilege of presenting an honorary diploma to Mr. Lawson virtually. While on this visit, he also presented Mr. Lawson with a cap and gown. Superintendent Johnson stated, "It was my honor and privilege to meet Mr. Lawson and his daughter and to award him with an honorary diploma and his cap and gown. After hearing what a rich and full life Mr. Lawson has lived, there is no doubt that he is deserving." "You've truly made my day", said Mr. Lawson. "To receive my diploma at 91 is just phenomenal."